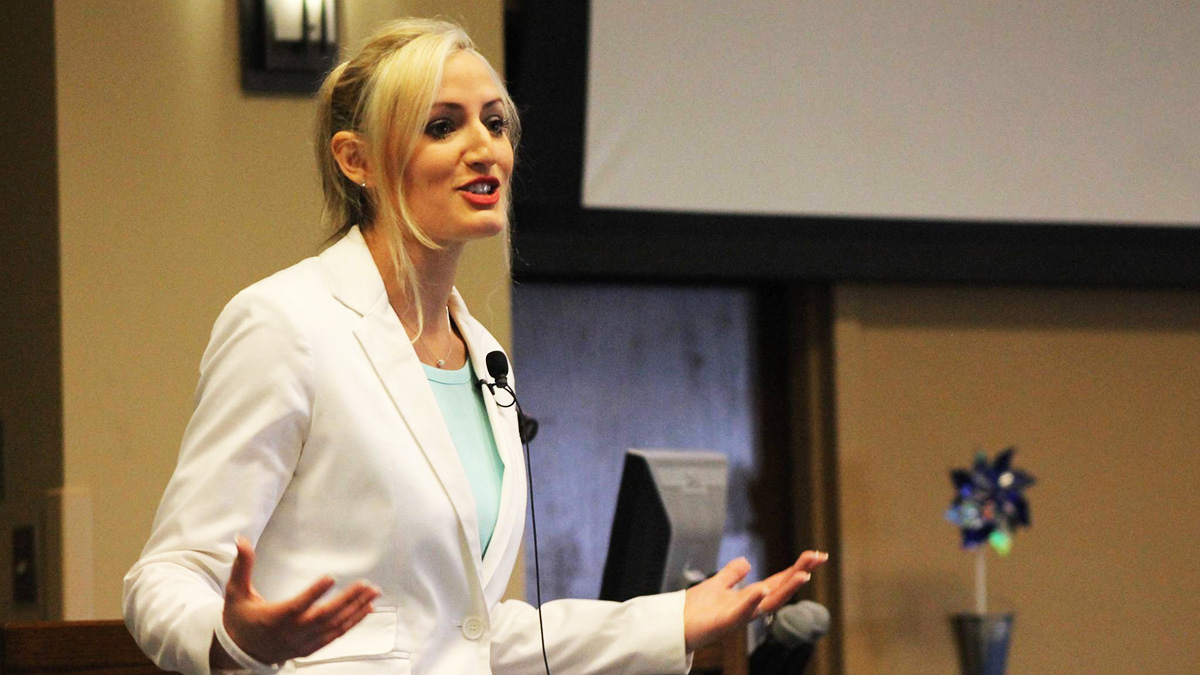 The first time I walked into a Children’s Advocacy Center, I was a teenager dealing with the aftermath of years of sexual abuse. The CAC helped my family and I understand what happened to me and gave us hope to get through the process of both my healing and the prosecution of my perpetrator and all that happens in between.

Naturally, I thought that was where my journey with the CAC would end. But 3 years later, I found myself returning as an intern, and it was at the CAC that I found hope of a different kind, that I could do something to make things better, to help prevent the kind of abuse I had experienced before it even began.

So in 2007, at the age of 19, I began the journey of what would become groundbreaking legislation just two years later, not only in my home state of Texas, but also in states across the nation. Jenna’s Law is a model state statute that requires the state education department wherever it’s adopted to provide sexual abuse prevention training and education to students of every grade level, to educators, and to parents.

In 2011, the first amendment in Texas was introduced to require day care centers, foster care centers, and child-serving agencies to offer abuse prevention education, and expanded the language to include other forms of maltreatment along with sexual abuse.

In 2013, a second amendment expanded educator training to higher education and required the Texas Department of Education to follow up with school districts for accountability and record the teachers who took the training.

And since Jenna’s Law in 2009, 30 other states have duplicated portions of these same mandates, protecting children across the nation.

But this year, 2017, a third amendment focused on the inclusion of an issue that couldn’t be ignored: preventing the trafficking and exploitation of children for sex. It’s estimated that the average age a teen enters the sex trade in the U.S is 12-14 years old, and it’s believed that many of these victims were also sexually abused as children. Many different groups of children are at risk, including runaway children in foster care and social services. And through my own experience I know that I would rather prevent a crime then solve one and SB 2039 aims to do just that as a mandate. This is a summary of what SB 2039 would require school districts and open-enrollment charter schools to do:

Moreover, the proposed legislation encourages school districts to coordinate with local law enforcement and outside consultants with expertise in the prevention of sexual abuse and sex trafficking to create the policy and to create a referral protocol for high-risk students and also to collaborate with community organizations that have relevant existing research-based programs that are able to provide training.

There are many facts I could share, so many stories, but I think the most important is that it’s not something that happens “over there” or to “those kids.” It happens every day, in our neighborhoods, homes, and schools, and that’s why the issue has become so important to me. Whether it’s the child who lives in an affluent neighborhood or an impoverished one; whether it’s a child who has a supportive family or has spent years feeling lost in the system; they are all vulnerable. We know that any child can be vulnerable to the manipulation of predatory adults, whether through fear or through the tragic lie that their abuser must truly love them. We have to protect them all. They are all our children—my children, and yours. And while it happens everywhere, according to the National Human Trafficking Hotline my home state of Texas is ranked second overall for trafficking of all kinds. I could not honestly say we were working on the prevention of sexual abuse of children and not also address sex trafficking.

This third amendment went into effect immediately, which now leaves us to do the work of making it a reality. Choosing curricula, coordinating with schools, working with parents and families, finding resources and creating awareness—all that lay before us.  And, of course, the most important part: getting that information into the hands and minds of the children and youth themselves, which is where this work all began.

We should constantly work to ensure we have those ears to hear, eyes to see, and hearts that perceive what is happening to the children around us, to reach out to them, and to truly hear and see them should they be in a situation where they reach out to us. No child is invisible, not to themselves, and not to us. Because that is the one thing predators fear—visibility, and so that is what we hope this legislation will do.

So I encourage you, wherever you are to get involved and do your part to prevent and expose these crimes.  Learn about the situation in your community and your state, learn the stats, study the statutes, dream, fight, and advocate. This is what our children need us to do—to both fight for them and hear them when they need us.

Jenna Quinn is the namesake of Jenna’s Law, an author, speaker, and the national spokesperson for Childhelp Speak Up Be Safe. With a master’s degree in communication studies, she is a sought-after speaker who has traveled nationwide, sharing her inspiring story with legislatures, law-enforcement, abuse-prevention groups, schools, communities of faith, and nonprofit organizations for 13 years. She has participated in both local and national radio, television, and news programs, and has dedicated her life to preventing child sexual abuse. Learn more about her work at www.JennaQuinn.org.